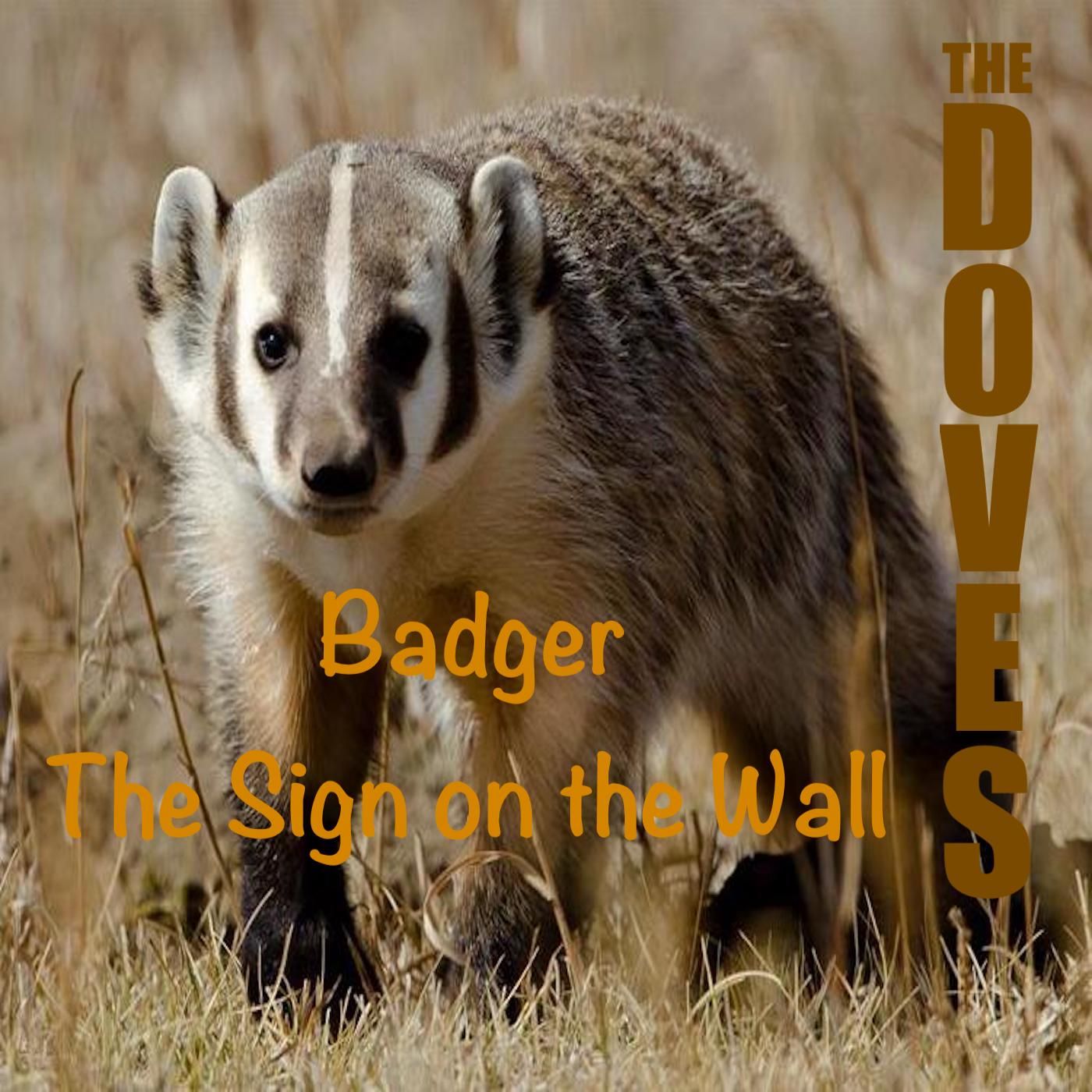 “Badger”/“The Sign on the Wall” is a suite in three movements — a ‘Mini Rock Opera’ inspired by Blake’s “The Proverbs of Hell”; takes a political turn in the middle; and finishes with a theological observation inspired by John Stuart Mill.

Back in the olden days, when Trena and I were in the midst of a nascent Alternative scene in the radically idiosyncratic musical hotbed of mighty Maconga (Macon, GA), there was an accompanying 60s revival/resurgence that neatly dovetailed with that scene — the first real wave of retro-60s flower power and psychedelia, expressed in tie-dyed shirts, sold out Grateful Dead shows, and a fashionable affinity for the hippy-trippy dance jams of their admirers and emulators (e.g., Widespread Panic).

Never one to jump on the train of popular fashionability, myself; I nevertheless recognized the attractiveness of working in a longer medium, outside the “three verses, two choruses, one modulation, three and a half minute” format of the traditional pop song (though I have nothing but affection for that format, which informed the 60s golden age of AM top-40; as well as the Punk and post-Punk reaction against FM AOR that in turn informed the referenced Alternative movement).

And that — along with an enduring tendency to “couple” songs of my own creation (for instance, I rarely perform "Angeline" without following it with “Wild and Strange”; the two just seem to go together “like peas and carrots”; the reader may reference both on The DOVES website for investigation), is my explanation for the composition at hand.  I simply married two existing songs — “Badger”, and “The Sign on the Wall” — by bridging them with an interlude that includes an homage to The Who; a wry political reference from that time by Trena’s mother (“President Prestidigitator”); and an equally wry (though perhaps more provocative) political reference borrowed from Pete Seeger:

They asked would I fight for my country?
I told the FBI “yea”.
I may point a gun for my country—
but I won’t guarantee you which way.

The entire “package” constituting almost exactly ten minutes of uninterrupted music; but rather than the dance jams that may have provided impetus for it, it is more of a suite in three parts — a mini “rock opera”, if you will — though the elements and subject are not truly “operatic”, in a narrative sense.

“Badger” takes its inspiration, and much of its lyrics, from William Blake’s “The Proverbs of Hell” (from “The Marriage of Heaven and Hell”).  The insistent rhythmic interplay between Bm and D during the verses have a certain “badgering” quality, to me — hence the title.

On the other side of the bridge is “The Sign on the Wall”, written during a period in which I would read the Norton Anthology of English Literature for amusement.  The bio for John Stuart Mill mentions his father grooming him from infancy to be a genius, in the furtherance of his philosophy of Utilitarianism (apparently, the strategy was successful).  I flipped the idea upside down.  What if someone was groomed, while “still in the cradle”, for theological “genius”?  What if their first sensation was of a metaphorical “sign on the wall” (provided literalism, in the song) that spelled out “G-O-D”?

As a theist, I would argue that is what, in fact, happens — though by Divine, not human agency.  At any rate, I am of that last generation that was still predominantly and routinely marched off to church, as youngsters, by their “Greatest Generation” parents.  Which, for many of us, was an inoculation against the “good infection” (per C. S. Lewis) of the supernatural.  So it is no wonder that the sign “fell to pieces”, being “only paper — right?”

But in some cases — I am blessed and thankful to be among the number — the disintegrated “sign” left an area where “the paint had faded all around it.”  “Leaving a darker space there, that I wanted to enter into.”

And there you have it.  I neglected to mention that a cassette recording of the entire suite survives, recorded one fine afternoon at the Chompfish loft that was (amazingly) directly across from the side entrance to Macon City Hall.  In addition to capturing some of the finest drumming that David Goldberg did with us (imho), it also provides an audio record of Trena’s bass line, which was extremely useful in my copying it, to the best of my ability.  That cassette version also features the solo applause of the lone attendee of that rehearsal — The Deadbeats’ (one of Macon’s very finest acts of the time) Russ Fitzgerald — which fades out at the end, along with David’s observation “that’s just TOO goddam long.”  I considered splicing that at the end, for effect, but the differences in pitch between the original tape and digital recording were too much for my technical abilities to overcome, in anything approaching a satisfactory manner.

May “Badger/The Sign on the Wall” provide you with ten minutes of satisfying diversion and accompaniment while doing a little housework, or engaging in a little backyard grilling; or while fighting the commute to/from work; or during 12-15 miles of an open stretch of highway…

or, may the video (url below) provide a brief transport through space and time (in the latter case, to the time of the song's composition, via a dark, grainy video interlude during the bridge).

“Badger/The Sign on the Wall” on this site (also all the usual outlets and streaming services — iTunes, Spotify, Soundcloud, etc.):
https://thedovesamerica.com/single/10439/badger-the-sign-on-the-wall