"Owe no one anything, except to love each other, for the one who loves another has fulfilled the law." -- Romans 13:8

I have reached the point in my life, after the better part of 60 years, that I am generally filled with gratitude and contentment. Not always, nor in every situation or circumstance. Anyone who claims to always be grateful or content is, in my confident estimation, either a liar, a simpleton, or the Apostle Paul himself (Phil. 4:12,13).

’Twas not always so. My youth (and, for the most part, the life that has followed it) was marked by a series of frustrations and disappointments that can fairly be termed “monotonous”. Filled with dreams and expectations that might charitably be called “unrealistic” — though “fantasy” might be a more accurate description — and their unrelenting unrealization. But even on the more mundane level — nothing was ever quite satisfying. Or satisfying enough. Or satisfying in quite the right way. Or for long enough.

Of course, that pretty much describes the human condition, as artfully expressed by Paul Westerberg in the seminal anthem by The Replacements called “Unsatisfied”. A song which I am certain I’m not the only one who responded to with “at last! Somebody finally said it!” Because when it comes down to it, we are not supposed to be fully satisfied in this spacial-temporal physical reality. Nor by anyone or anything in it. This world is not our home, and all manifestations of love and beauty point to the hyperdimensional, spiritual reality of our true, heavenly abode. Those manifestations are, as C. S. Lewis pointed out, like “…the scent of a flower we have not found, the echo of a tune we have not heard, news from a country we have never yet visited.” 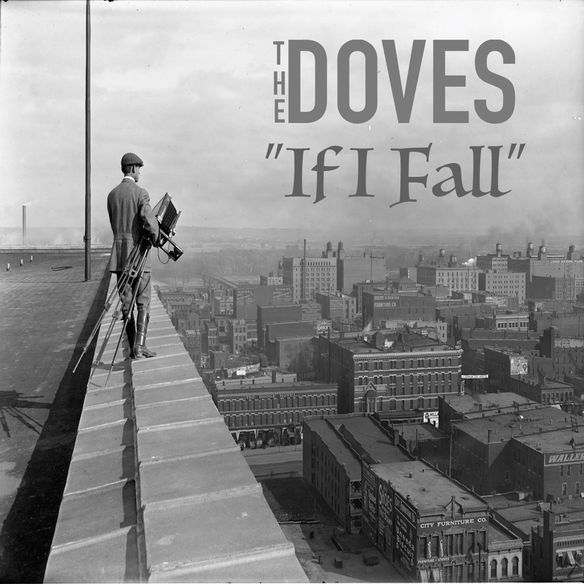 Speaking of “tune(s)”: like about a zillion other callow misfits, music was, to me, one main and accessible avenue of placating the universal disappointment that is modern life. Movies being another (as well as more obvious — and less passively “spectator” — activities. Though the most satisfying of the latter category required a willing accomplice, which might not be — and usually weren’t — available. Music and movies, on the other hand, were as ready as the nearest tape deck or movie rental or record store. Now, of course, all of that is as handy as one’s phone — though I’m not sure that’s an improvement…). Along with good literature. The downside with all of it being the ubiquitous presence of bad music, movies, and literature. Which in turn exacerbated the pervasive dissatisfaction.

Ahhh, but the right tune, “fitly” placed — “apples of gold in settings of silver” (Proverbs 25:11). An example: when I was introduced to “The Girl of My Dreams”, a somewhat obscure late 70s offering from Bram Tchaikovsky, nothing would do but that it be played three times in a row, back-to-back, letting the Power Pop chords and block harmonies wash over me in glorious full volume, filling every square inch of the room, and leaving no space for the disappointment to gain purchase. Curiously, in looking up the link for this article, I find in the comments section that the lyrics — which had always seemed breezily abstract to me, almost irrelevant (‘Judy was an American girl… she came in the morning with U.S. mail…”), and could’ve been in Russian or Spanish without altering the song’s impact — are apparently a paean to solo self-pleasure. Which fits perfectly with the theme of “disappointment”: the cynicism and artifice which are its agents deferred for over 30 years in this instance.

Not so with another example of shimmering pop that comes to mind — Let’s Active’s effusively brilliant “Waters Part”, which is four minutes of near dimensional transcendence from “the bondage to decay” (Romans 8:21), that makes the listener wish lasted four hours. If not four days. Or take Love Affair’s “Everlasting Love”, which is three minutes of enchantment that banishes the prevailing disenchantment. A look at the video will reveal why it caused me considerable bewilderment, when it recently came up as a YouTube suggestion: it has the look of one made in 1996, to cleverly imitate 1966. That eerily prescient element elevates it into the level of “delightful”. Which is that elusive quality shared by all three examples — and which makes 90% (or more) of what is offered for our mass consumption seem dour and gloomy and disappointing by comparison. Mainly because that’s what most of it is.

And that brings us to the subject of this little sample of self-confession — my own exercise in dourness and gloom, “If I Fall”. Written either during, or in response to — or both — one of the bouts of depression that dogged my nearly every step for more years than I care to acknowledge. Notable, perhaps — if at all — for its mordant misanthropy; e.g., the exhortation to “think twice! Think about your friends’ advice…”, which simultaneously conveys the mistrustful admonition to “think twice about your friends”. An attempt to frame youthful self-doubt and foreboding within the context of crunchy minor chords and a relentlessly “ooga-chaka” tom-tom beat.

A reasonable question would be “why?” Why would someone fast approaching their 8th decade dredge up such dreary post-adolescent contemplations? For that, I’m not sure there is a satisfactory answer. There is an acerbic aspersion in the arsenal of the critic: “he suffered for his music (or art) — now it’s our turn.” It may be that applies here. Or it could be that what Dr. Jordan Peterson — who is currently en vogue, his lectures absorbing enormous bandwith as YouTube videos — says is equally applicable, that those cursed with the creative impulse cannot do other than to yield to it, practice it, employ it. Or suffer the consequences for repressing it. I find Mr. Peterson’s psychological insights intriguing and stimulating, though I disagree with him probably as much as I agree. And I’m not sure I even qualify as “creative”, under the rather narrow and exact guidelines within which he defines the term. What I do know is that from my teens, and even earlier (when you consider the self-made comic books and pre-pubescent attempts at fiction of my pre-teen years), I have been impelled to chronicle this personal voyage through time and space, “through a glass, darkly”. And music — songwriting — emerged as the principle means of doing so. Even during the decades when “my luck it was to be employed” by a private non-profit that provided employment, housing, and other supports to the disabled, evenings would often find me with the guitar, occasionally as a participant in that strange alchemy by which a new composition is brought into being. As I’ve mentioned elsewhere, it’s now possible to look back at those tunes as being like Hansel’s bread crumbs, leading back to from where I started, and tracing the journey along the way (because, unlike Hansel, I took precautions to “seal” the “crumbs” as I dropped them like markers; encasing them in the posterity of primitive audio recordings which precluded their being immediately consumed by the scavengers of time). Now, I look back at an early work like “If I Fall”, and see it as sturdy vehicle, an example of beginner’s luck that (I think) has held up over time. Like a lot of my personal catalogue, it stands as sort of a message in a bottle; but whether to myself alone, or to a hypothetical audience with whom it might resonate, can only be determined by making it available to that audience, even if only in an isolated backwater of the internet where it will likely be accessed by a very few intrepid wayfarers. Which is more than can be said for these words in reference to it. My bet is they will be confined to two readers: Trena and myself. And I’m not certain about Trena… (LOL). After all — who has time to read anything longer than a tweet these days, when there is a ceaseless cataract of desultory and dismal disappointment to be waded through on facebook, Google, Yahoo, et. al.? Still, it is my pleasure to effect that availability, via the resources of digital recording — a far cry better, in terms of fidelity, than the rudimentary cassette deck analog overdubs of the song’s earlier forms, gloriously over-recorded examples of excess of every kind, awash in a constant stream of tape hiss. Part of a personal pact with myself is that I would someday record what I consider the best of my youthful alter-ego’s efforts in a “proper” way. In order to be fair; to give them at least a fighting chance of connecting with some theoretical listener who might, in the case of IIF, encounter a “sad song to make you feel better.”

And there you have it. My excuse — my “apologia”, if you will. But I would not end this missive without providing the reader with a remedy for the unrelenting “disappointment”. And it is not found in song, or story (film or otherwise); nor in any of the pleasant pursuits of this life, as palliative as those might be; or even in the pursuit of knowledge and enlightenment — all of which the wisest man that ever lived summed up as “vanity”, and a “chasing after wind”. All of those things are limited, temporary, and ultimately unfulfilling. And, in the case of pleasure, usually bring with them attendant unpleasant consequences — i.e., the libation that eases the pain and stokes the fires of enjoyment also destroys the liver and the reputation; the liberty it promises turning to imprisonment, whether idiomatically, literally, or both. And everyone who has entered the “singles scene” knows that sensual pleasure is, in the words of my old friend, “a disease that has to be managed.” The side effects of which can be painful, and even deadly — psychologically, physically, morally, spiritually.

Only that which is eternal prevails. “What is not eternal is eternally out of date” (C. S. Lewis). Nothing in our space-time continuum is eternal. We are all enmeshed in its fabric, which will “grow old like a garment”, and is transitory, temporal, and ephemeral. Only that which created matter, space, and time is eternal. Without beginning nor end. And “it” entered into our time domain, into its creation, in the Person of Jesus Christ.

"There comes a time for payment, due for that received.
And it has come — but I am bankrupt…"

So go the lyrics to the tune which is the titular subject of this essay. Whatever their intent was when written by my youthful alter ego, those many years ago, they describe the status of every person who has ever lived. There is a debt that we have all inherited, and added to, and which none of us can repay.

But Jesus Christ did. Like a kindly stranger who has paid the bar tab run up by each of us, which is beyond any hope of repayment. He ransomed us from His infinite resources. Our debt is marked “tetelestai” — “it is finished”. Paid in full.

All we can do — or refuse to do — is accept the payment of our debt. And having accepted it, to live in joyous and grateful praise and honor of our loving Savior, until the day that He calls us to His eternal abode, and into His eternal mode of existence.

For Heaven is the ultimate satisfaction of The Disappointment.