The DOVES are an acoustic/electric duo that expresses duality:  male and female; light and dark; innocence and experience; joy and melancholy; sacred and profane.

Husband and wife team W. Wade and Trena Stooksberry bring their varied musical experiences and eclectic tastes together in a performance that is both original, yet affectingly familiar.  Trena is classically trained; Wade cut his teeth in rowdy bars and clubs.  Together, under various names and different combinations -- and with Trena playing bass to Wade’s guitar -- they played in bands during the nascent New Wave and Alternative scene.

Now, as The DOVES, they have crafted an original sound that is composed of welded harmonies; Trena’s accomplished ethereal/bluesy/folk vocals matched to Wade’s smoldering melodies; and Wade’s rhythmic thrum on guitar that blends Celtic, rock, and pop influences. 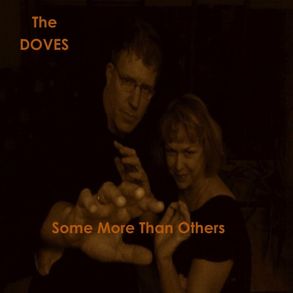 W. Wade and Trena Stooksberry (The DOVES) hail from beautiful Macon, GA – a town located an hour south of Atlanta, renowned for its amazingly rich musical heritage (Lena Horne, Little Richard, Otis Redding, James Brown, The Allman Brothers and Capricorn Records, Mike Mills and Bill Berry of REM, Mark Heard, et. al.), as well as its signature antebellum architecture, which was spared by Sherman during his march to the sea.  Wade also claims musical DNA from his childhood in Memphis.

They have taken all these influences, and many more, to forge a sound both immediately familiar, and uniquely their own; spanning a gamut from Classic AOR to Adult Contemporary to New Wave, Blues, British Invasion, Southern Revival – and of course, being Southerners, Spiritual.

Thank you for visiting our webpage –please check out the links to our vids and music!

All the best, and God Bless,

the profane and the sacred, driving acoustic lyricism

The DOVES on CD Baby

The DOVES on iTunes

Musictown Songwriter Showcase At the Garden

The DOVES will be performing at the Musictown Songwriters Showcase at Macon's Society Garden on Wednesday, July 31. Show starts at 6:30. Hope to see you there!

The DOVES at the 2018 International Cherry Blossom Festival

The DOVES return to Macon’s International Cherry Blossom Festival for an hour set on Wednesday, March 21, at 4PM, performing on the main stage in the heart of Central City Park, adjacent to the midway.  We’ll perform tracks from the just-released “By and By” album, which is getting radio play (as of 03/09/18) at home (New York, Pennsylvania, Arizona) and abroad (Berlin, UK, Hong Kong), as well as other originals from their extensive catalogue, and some tasty covers.  See you there!

Free with admission to CBF 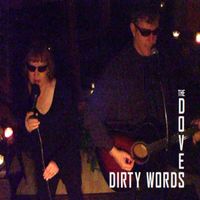 The DOVES at The Bearfoot Tavern

The DOVES will bring their "Driving Acoustic Lyricism" to the Bearfoot Tavern on Friday, Oct. 20, from 8-11PM.  Located in Macon's beautiful and historic downtown district, The Bearfoot Tavern is Middle Georgia's only Gastropub, offering "a mixture of European and American pub style cuisine from esteemed Chef Michael Wright." Come and enjoy some of Macon's best food and drink, and some great music in the Beer Garden, courtesy of The DOVES! http://www.bearfoottavernmacon.com

the profane and the sacred, driving acoustic lyricism, 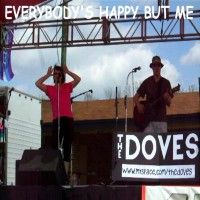 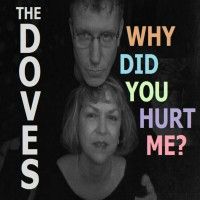